All year round, countless believers visit the European Marian Shrines. They seek comfort or new power of faith and vitality.
Since the foundation of the working group “Shrines of Europe” in 1996, Europe’s most important Marian pilgrimage sites have been closely connected to each other. The members of the “Shrines of Europe” are Altötting in Germany, Czestochowa in Poland, Einsiedeln in Switzerland, Fátima in Portugal, Loreto in Italy, Lourdes in France and Mariazell in Austria. All the “Shrines of Europe” were visited by the last two European popes, John Paul II and Benedict XVI, as both were major devotees of Mary and they thus underlined the major importance of the European Marian pilgrimage sites. 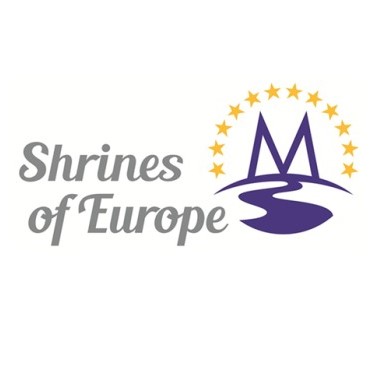 The Pilgrimage Town of Altötting bears the illustrious name “The Heart of Bavaria”. For over 1,250 years, Altötting has been the religious centre of Bavaria; additionally, Altötting’s Chapel of Grace houses the hearts of the Bavarian dukes, kings and electors. The sanctuary “Our Lady of Altötting”, known colloquially as the “Black Madonna”, is a Madonna cut out of lime wood with Baby Jesus on her arm, made in Burgund c. 1330. Two sensational miraculous healings of two boys gave rise to the pilgrimage to Altötting in 1489, which continues to this day.

Jasna Góra monastery of the Pauline Fathers in Czestochowa is the location of Poland’s most important shrine: the Image of the Mother of God of Czestochowa, presented as a Black Madonna. It is a panel made of lime wood, housed in a chapel in the Jasna Góra Monastery. It is the most important point of destination of the pilgrims, who gain new strength from their belief in its miraculous powers. 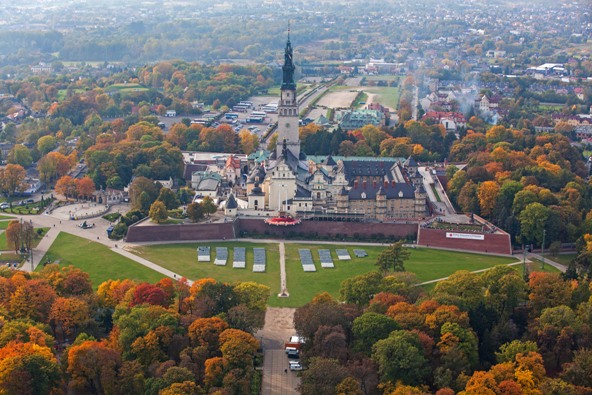 The Chapel of Our Lady of Einsiedeln is home to Switzerland’s most important pilgrimage destination, the famous “Black Madonna”. It came to Einsiedeln in 1466 and was set up in a small chapel, which had been constructed in 861. Today, this Chapel of Grace is found in the interior of the Benedictine Abbey, a baroque monastery building from 1704 where Benedictine monks still live and work today. 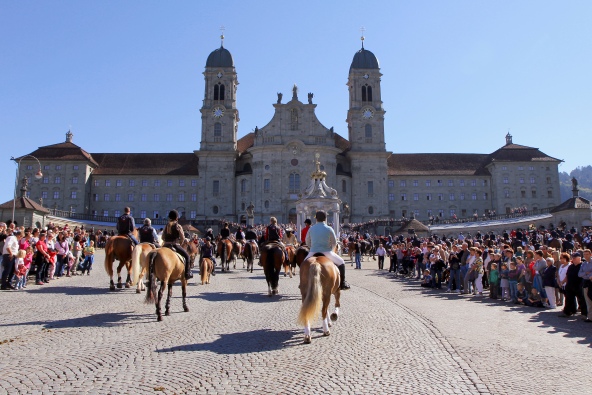 Fátima is also called the “City of Peace”. It is Portugal’s most important Marian pilgrimage site and probably also one of the most important in the world. The origin of the pilgrimage is still relatively recent. In 1917, between May and October, the Mother of God appeared to three poor shepherd children on the 13th day of each month, taught them to pray and communicated a message of peace, faith and devotion. On 13 October, on the day of the last Marian apparition, many thousands of pilgrims experienced the amazing Miracle of the Sun. The Chapel of the Apparitions was then built at this sacred spot. It houses the image of Our Lady of Fátima on a marble column. 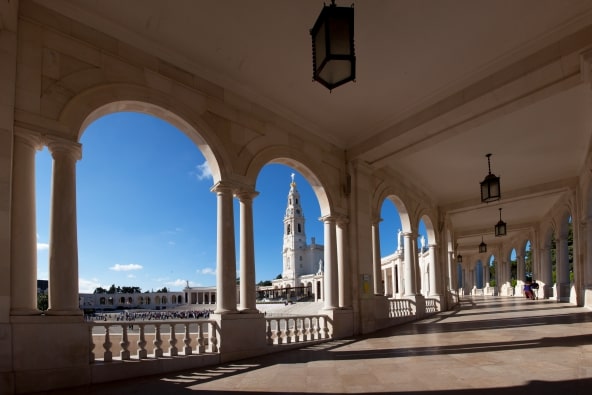 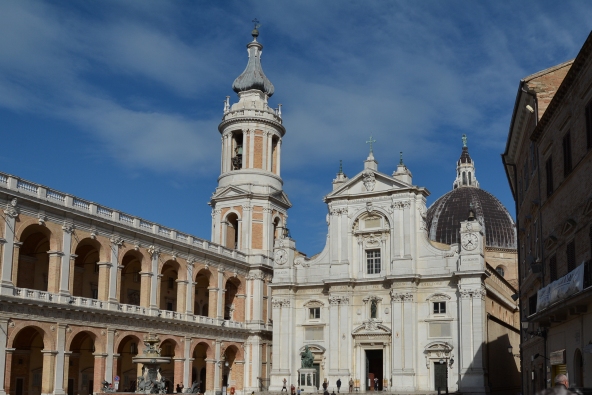 Lourdes is closely connected with the element of water. Not just because of the River Gave, which flows through the town, but above all due to the spring in the cave in which the Mother of God appeared a total of 18 times to 14-year-old Bernadette Soubirous in 1858. Bernadette discovered the water of the spring during one apparition. It is considered miraculous and is a symbol of purification. Today, a statue of Mary stands in this cave, created according to Bernadette’s description. Over time, a sacred district developed around the cave, with many churches and chapels. Today, Lourdes is the most important Christian pilgrimage site for sick pilgrims. 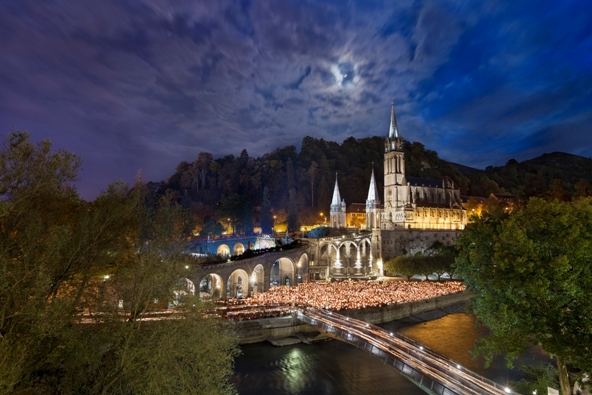 The wooden image of the “Magna Mater Austriae” with Baby Jesus is the destination of the numerous pilgrims who make their way to Mariazell. The image is found in a chapel within the Mariazell Basilica. According to legend, a monk called Magnus brought the image to Mariazell in 1157. Shortly before he reached his destination, the path was blocked by a rock; however, after calling on the Mother of God, the rock split and Magnus was able to continue his journey. Having arrived at his destination, he placed his statue of the Madonna on a tree stump and began to build a first chapel around it. Today, the Chapel of Grace still stands at the original site of foundation. 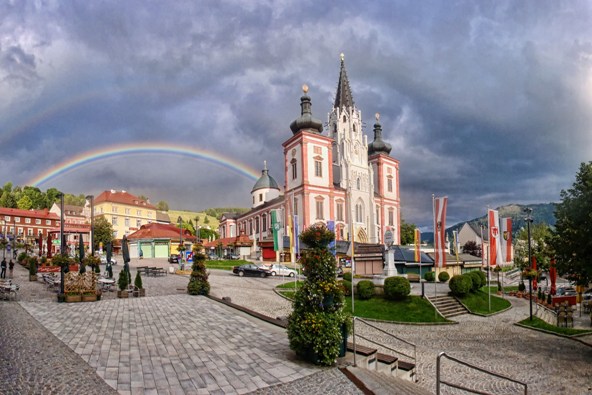