The nativity scene tradition has been preserved in Altötting for more than 400 years and is inseparably linked to the Christmas season. Initially, nativity scenes used to be a "pedagogical instrument" mainly used by the Jesuits in their pastoral ministry. Legend has it that the first ever nativity scene shown in Altötting was as far back as 1601. This beautiful custom is still observed today, and there are numerous lovingly designed annual nativity scenes in the Stiftspfarrkirche and the Friedhofskirche St. Michael. At the town hall you can see an impressive nativity scene presented by the town with figurines dressed in local costumes. Also, a wooden nativity scene greets the numerous visitors in front of the basilica each year. 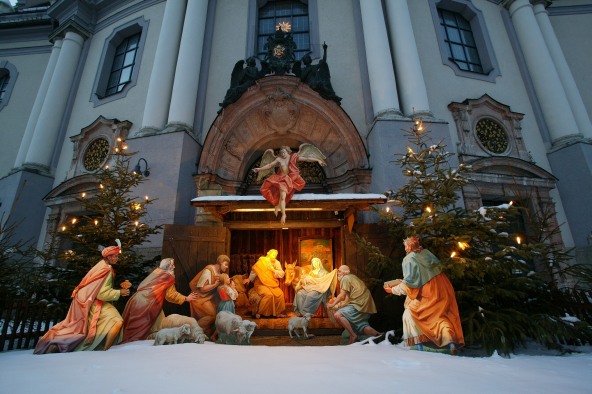 Chapter in the life of Jesus

Anyone involved in discovering the nativity world also travels across the world with the figurines. The magnificent images drawn by the artists transport the viewer to various regions. The Neapolitan style is rustic and authentic. The baby Jesus comes into the world in the middle of the colourful hustle and bustle of the southern Italian city. The rustic life can be played out in the middle of an inn integrated into the scene. The “Neapolitans” present the figures in a very lifelike way. The Middle East-oriented pieces of work are presented in a gorgeous, colourful and expansive way. Here are the Three Wise Men on their camels on their way to the Lord’s cradle. Viewers will find tents as well as elephants. One thing all the tiny and lovingly-designed master pieces have in common is that you get that feeling that you could put yourself straight into any of the scenes. The walk through the nativity exhibits is a special form of getting away from everyday life. It is also a sort of special form of meditation. So the viewer becomes a converter between the worlds. Arriving in “Bavaria”, the figurines suddenly appear wearing lederhosen. The Messiah finds himself in snow-covered surroundings. Carol singers round off the sincerely Bavarian but contemplative look and feel. There are so many more interesting facets that every visitor to the Altötting Christmas Market can discover while here. 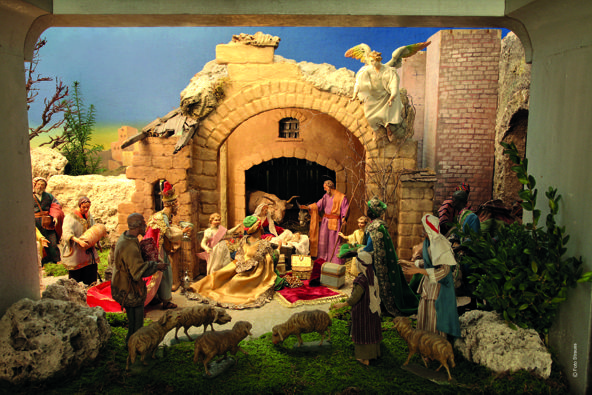