The Madonna of Altötting

The world-famous Altötting Madonna, the so-called "Black Madonna", is actually at the root of the most important Marian pilgrimage site in German-speaking countries. Every year about one million pilgrims come to Altötting to present their troubles and trials but also their thanks to Our Lady of Altötting at the Gnadenkapelle [Chapel of Mercy].

The 66 cm high statue of Our Lady of Altötting was carved in the early Gothic style in the Upper Rhine region around 1330 and is made from lime tree or coniferous wood. According to historical tradition, the Altötting Madonna came to Altötting via the Raitenhaslach Cistercian monastery.

Special Features of the Miraculous Image

In her left hand, Mary holds a sceptre with a lily blossom as a sign of her virginity. The Child Jesus rests on her right arm and carries a celestial sphere representing the omnipotence of God. Since the Baroque period, both Our Lady of Altötting and the Child Jesus have worn elaborate crowns adorned with precious stones. These treasures were often donated by female members of the royal Wittelsbach family.

In addition to the natural darkening process of the wood, the Altötting Madonna is blackened by the soot of all the candles lit throughout the centuries and is therefore revered as the "Black Madonna". 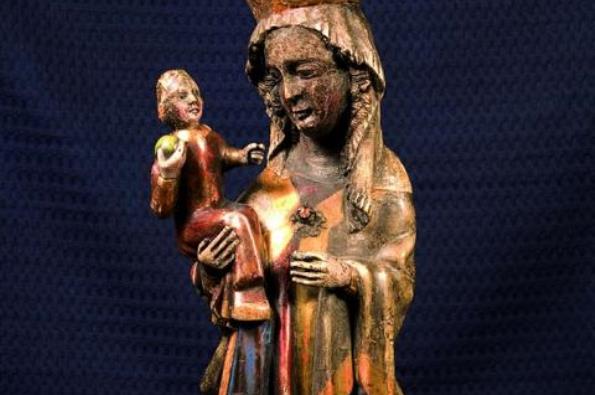 Clothing of the Madonna of Altötting

The Altötting Madonna has been dressed in exquisite robes, the so-called "Gnadenröckln"  [skirt of mercy], since 1518. The robes are changed depending on the liturgical festival concerned. After their wedding, which was traditionally preceded by a pilgrimage to Altötting, the Wittelsbach princesses often sacrificed their wedding dresses to have valuable Gnadenröckln made for the Madonna. Particularly precious specimens can be admired at the pilgrimage museum. In 2017 a new purple Gnadenröckln for the Lent season was donated to the Altötting Madonna by a lady wishing to stay anonymous. 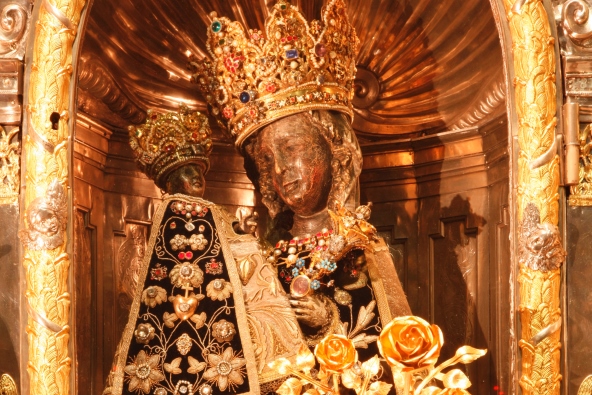 The "Pope’s Ring" of the Miraculous Image

Since 11 September 2006 the sceptre of the Miraculous Image has been adorned with a very special ring. During his pastoral visit to Altötting, Pope Benedict XVI also prayed to Our Lady of Altötting at the Gnadenkapelle and gifted his bishop's ring to the Altötting Madonna, the patroness of Bavaria, as a sign of his deep devotion to the Virgin Mary and attachment to the Marian shrine. It is an amethyst set in gold presented to him by his siblings Mary and George on the occasion of his episcopal ordination in Munich in 1977. 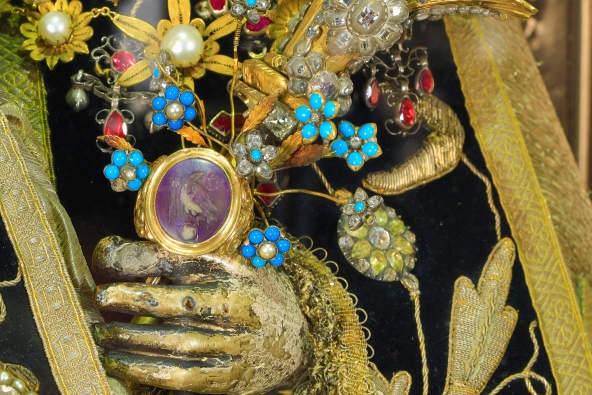